The first official pictures of the Jodie Whittaker and Peter Capaldi in their new costumes from Doctor Who’s upcoming Christmas special have been released. Will they be able to save a festive family outing?

“Doctor Who rumors” is a phrase that has been around for a while. It’s been rumored that David Tennant and Billie Piper will be returning to the show as the Doctor and Rose Tyler. 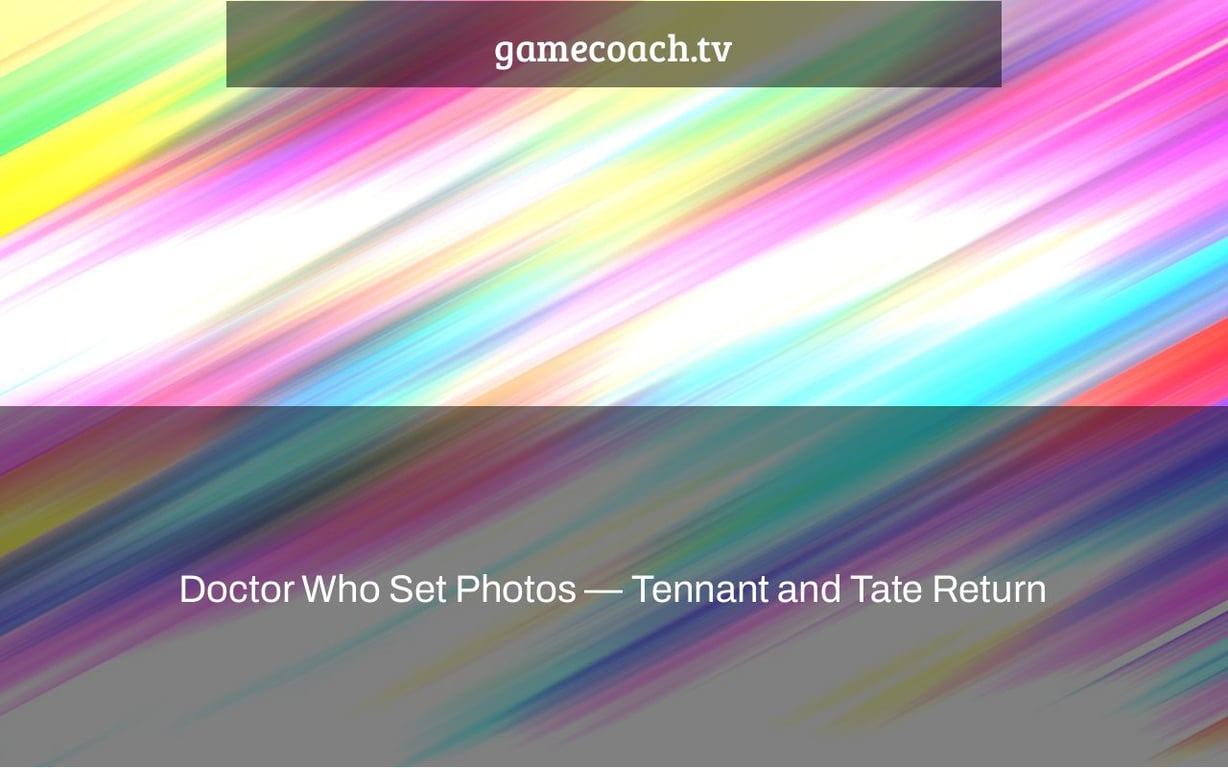 Tennant and Tate Return to Doctor Who Set Photos

David Tennant’s return, the 60th Anniversary, a few short specials, and a possible Christmas Special for Doctor Who are all coming up soon. The shooting for upcoming Doctor Who episodes is already underway, with numerous set photographs revealing a bit about Russell T. Davies’ future plans for the series. Many fans are cautiously optimistic at best when hearing of these returns, fearing that they may be nothing more than key jangling or, worse, the end of these previously beloved characters. However, few fans can resist the joy and happiness derived from seeing some of their favorite actors reprise their iconic roles.

David Tennant in a new Doctor suit, Catherine Tate as Donna Noble, Yasmin Finney as Rose, and Jacqueline King as Sylvia Noble are among the first photographs shared on Twitter.

Yasmin Finney is seen waving at fans with an infectious grin in a video taken outside the set by a fan. She seems to be pleased to be a part of this production. Finney’s selection has stirred debate among fans, especially because her character’s name has been revealed to be Rose. According to some evidence, she is just Donna Noble’s daughter. More evidence, however, suggests she is an alternative universe version of Rose Tyler, who was originally portrayed by Billie Piper. If the latter is true, the fanbase will be outraged, since Rose is a cherished character who should never be represented by anybody other than Billie Piper. Many observers mistook Jacqueline King’s Silvia Noble holding hands with Finney as confirmation that they were connected in another photograph from the set. These are, however, behind-the-scenes photos that may merely represent the actresses’ connections and should not be treated as evidence in any way.

#DoctorWho #DWSR pic.twitter.com/GW5cSwwb4E I love this shot of Rose and Sylvia holding hands.

Another set of spectator films shows the 10th Doctor and Donna interacting with Jodie Whittaker’s TARDIS. The presence of Whittaker’s TARDIS may be reason for worry, since the series desperately needs a full break from the Whitaker/Chibnall period, and David Tennant utilizing her TARDIS is a long way from that.

I have no idea what Catherine was saying to him, but David couldn’t stop giggling. #dwsr pic.twitter.com/PRxscagslq

I’m choosing to believe this camera in front of David is Doctor Who Confidential & this is him messing about saying hello #DoctorWho #dwsr pic.twitter.com/T2Owrhf8Yg

A closer look at David Tennant’s new suit and a new Sonic Screwdriver with an entirely distinct design can also be seen in some of the photographs. The fact that he and Sonic are dressed differently hints that this is an alternative world version of the 10th Doctor and his companions. Tennant would appear in his original outfit and with his old Sonic if this comeback was just filling in the gaps of Tennant’s previous seasons 2 through 4 escapades.

In Camden, I ran across this man #DoctorWho #dwsr pic.twitter.com/kuwMFJNria

Finally, another video shows a group of people dressed in thick, winter-like clothes, prompting speculation that they are shooting a Christmas special to coincide with the 60th Anniversary. This idea will delight fans who have long lamented the absence of the cherished series’ annual Christmas specials.

The judgment is still out on whether the 60th Anniversary, any other prospective tie-in specials, or Davies’ new period as a whole will see a revival of the series. Fans should be content with cautious hope until the episodes appear. Chris Chibnall and Jodie Whittaker have done a lot of harm to this 60-year-old property, and it will take a lot of effort and devotion to undo it.

At this moment, there is little evidence that Davies is committed to bringing Doctor Who back to life. Despite the uncertainties and the show’s catastrophic situation, fans are understandably excited to see these beloved characters return to the small screen. Hopefully, it will be all that fans have hoped for from their comeback.

The “Doctor Who Set Photos — Tennant and Tate Return” is a post about the return of David Tennant and Billie Piper as Doctor Who. The article includes photos from the set. Reference: david tennant doctor who.

The solution to Battlefields aircraft problem